There’s no way around this fact: The past three months brought a near-death experience for many dairy farm families across the U.S., even as consumers boosted support and the federal government showed it understands dairy’s importance to rural communities and the economy. Coronavirus impacts were swift and severe for milk producers, with plunging prices and evaporating foodservice markets from March into May.

At least for now, that moment seems to have passed. Prices have recovered. Economic forecasts for the rest of the year more closely resemble pre-pandemic assumptions than anyone could have dared hope in April. Restaurants are re-opening. Federal aid has been helpful and timely. But at the root of dairy’s recovery is the work of farmers themselves — specifically those in farmer-owned cooperatives who collectively crafted an effective response to the crisis on the fly and lifted the entire industry as a result.

The story is as simple as supply and demand. At the beginning of 2020 producers were increasing production to take advantage of the highest prices they’d seen since 2014. They added cows and boosted production. By March, the year-over-year increase in U.S. milk supplies was nearing 3 percent.

But the collapse in sales to schools, restaurants and other public eating places sent overall demand into a tailspin, even as retail consumers stocked up on dairy. That imbalance between supplies – because cows can’t be turned off with a switch – and demand quickly became severe. Farmers entered a spring that loomed with the specter of emergency milk-dumping, culled dairy herds and drastically reduced revenues.

But dairy farmers – specifically, cooperative farmers – stepped up to the challenge. And something incredible happened. Cutbacks in production in response to low prices that normally take years to achieve, occurred in two months. 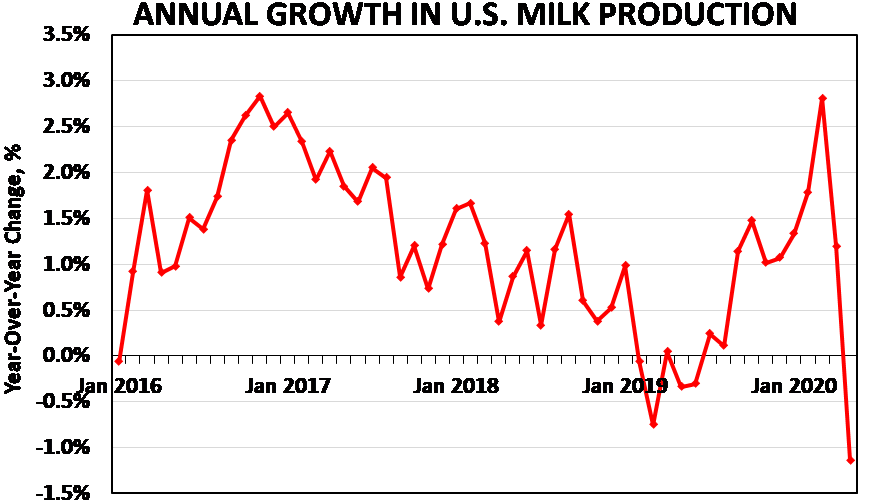 Many dairy cooperatives, which collectively handle 85 percent of the nation’s milk, implemented programs encouraging producers to cut output – and farmers went to work. They cut back on the number of milkings per day, took some cows out of production, changed feed rations to stimulate less milk production per cow – and it all added up. Meanwhile, cooperatives themselves sought out new distribution chains, redirecting supplies and working with nonprofits to distribute more milk to families in need. As demand crept back and production fell, emergency milk-dumping disappeared. Cows that would have been culled stayed on farms. And consumers, families in need, and dairy farmers all benefited.

When welcome federal aid started to arrive, dairy farmers had done much of what they could do to help themselves – allowing that aid to shore up dairy’s damaged bottom lines. That combination of cooperative-led farmer self-help, a broader market recovery, and federal support have all brightened the outlook for farmers this year, as both the USDA’s Dairy Margin Coverage “Decision Tool” forecaster and NMPF’s own estimates illustrate. 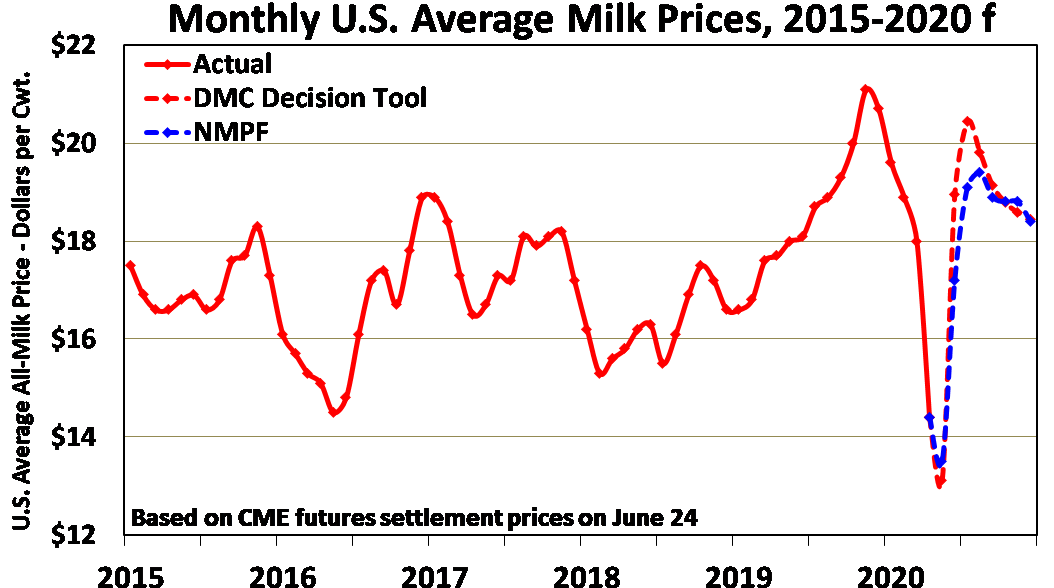 This story isn’t assured a happy ending: With the economy in the grip of a virus that doesn’t care about supply or demand, nothing is certain. And damage has been done. Farmers with already-stretched finances from five years of low prices were understandably ill-equipped to manage the COVID-19 shock, and the cloud that hangs over them hasn’t lifted. The need for federal assistance isn’t over, and as everyone has seen this year, skies can darken very quickly.

But crises teach lessons, and this one has taught several so far to dairy. One is that retail consumers are big fans of milk and dairy products. Another is that, for all their marketing hype, plant-based beverages aren’t what people turn to in a crisis.  And yet another one, shown by trends in supplies and in prices, is that dairy farmers have an incredible power to work together to help themselves and each other when times turn hard.

Of course, that’s been true for more than a century of the cooperative movement. But the refresher is valuable, and the lesson bodes well for the future. And that’s good, because the disruption isn’t over yet, and for all the hope, we don’t know what lies ahead. But in dairy we do know that, together, we will rise to whatever challenges the future may hold.

It's both what's next and what's happening — and way more than a buzzword. Learn how AgTech helps farmers steward the land to preserve it for generations to come. bit.ly/3b88l0o Retweeted by National Milk Producers Federation 16 hours ago