If history teaches us anything, it’s that there are few new ideas under the sun since the days of P.T. Barnum when it comes to the strategies employed to grab consumers.  Even in the dairy marketplace, despite all the great qualities of our products, we too often see troubling and misguided appeals to people’s fears and lack of knowledge.

Because this type of marketing is nothing new, when we see its use today we know full well how this plays out:  Individual brands scrapping for sales growth try to scare shoppers into buying their products, which leads consumers to question the integrity of the foods they are eating, creating a receding tide that diminishes the entire category.  These appeals to fear are cheap, corrosive, and not constructive.

This reality is why NMPF has launched a new consumer campaign, called Peel Back the Label, that encourages shoppers to think twice about some of the dubious claims made on product labels.  While overall we are looking at different food products deploying a variety of deceptive claims, our main concern is the many misleading assertions made today about agricultural biotechnology.

Research we conducted at the start of the campaign was sobering. Many people either don’t know or care about GMOs, but there are a significant number of purchasers expressing concerns – despite their admission that they have no idea what GMOs are, how they are used, or that the science is clear that GMOs are completely safe for human and animal consumption.

Our consumer testing also found a small but vocal minority of consumers who understand the science behind food biotechnology, and are troubled by the amount of deceptive, derogatory rhetoric being used to scare people away from some brands, to the favor of others.  And it is this audience we seek to grow: people who will not simply succumb to the siren song of huckster advertising, but who will join our effort to call out disingenuous labeling claims.

What are some examples we are highlighting?  They include products labeled “non-GMO,” even though there are no genetically modified versions of such foods – like oranges, tomatoes or salt.  They include foods touting improved sustainability through sourcing non-GMO animal feed, when the evidence is clear that the opposite is true. They also include brands that suggest GMOs are something to worry about, despite the massive amount of research conducted around the world over the past 20 years that has time and again reaffirmed the safety of biotech crops.

I’ve been asked why National Milk is doing this now, or cares enough about the issue to invest resources in fighting what is regrettably an all-too-common trend in the food industry.  My answer is that we must learn from history to avoid repeating it.  Marketing to people’s worst instincts is a race to the bottom of product categories, and can damage an entire industry.

The best example of this for dairy is what happened with the use of recombinant bovine somatotropin (rbST), or what was quickly dubbed bovine growth hormone. When FDA completed its safety assessment and first approved rbST more than 20 years ago, the agency spelled out how absence claims on dairy labels could be worded, since some brands wanted to make it a point of differentiation in the market.  The clear message sent by claims such as “No artificial growth hormones” or “Our farmers pledge not to use BGH” is that there’s something suspicious, even hazardous, about using rbST to produce milk.  Only the required fine print, appended with an asterisk and usually buried on the label, tells the whole truth: that there is no significant compositional variance in the milk from cows treated with rbST.  It is a distinction without a difference.

But that didn’t stop marketers from touting this absence claim.  The vast majority of fluid milk products today are sold as “rBST-free,” yet it hasn’t helped milk sales.  The implied message that the use of rbST is reason for shoppers to be wary has poisoned the entire well.  It’s clearly one reason why some consumers have forsaken the dairy milk category in favor of plant-based imitators.  It’s easy to envision how absence claims about GM animal feed use will chase away even more consumers and achieve a similar result.

The purpose of Peel Back the Label is to help people understand why the cynical use of fear-mongering to sell food is both deceptive and counterproductive.  Sowing the seeds of distrust doesn’t build consumer confidence, nor does it help anchor a successful long-term brand development program.

It’s unfortunate we’ve reached the point where this campaign is needed. But too much is at stake for America’s dairy farmers when their use of safe technological advancements that increase the sustainability of their farms is threatened by weak marketing claims up the food chain. We want to encourage an alternate focus on dairy’s many appealing qualities that will expand the pie for everyone. 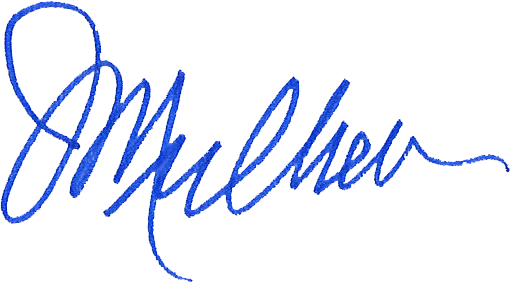