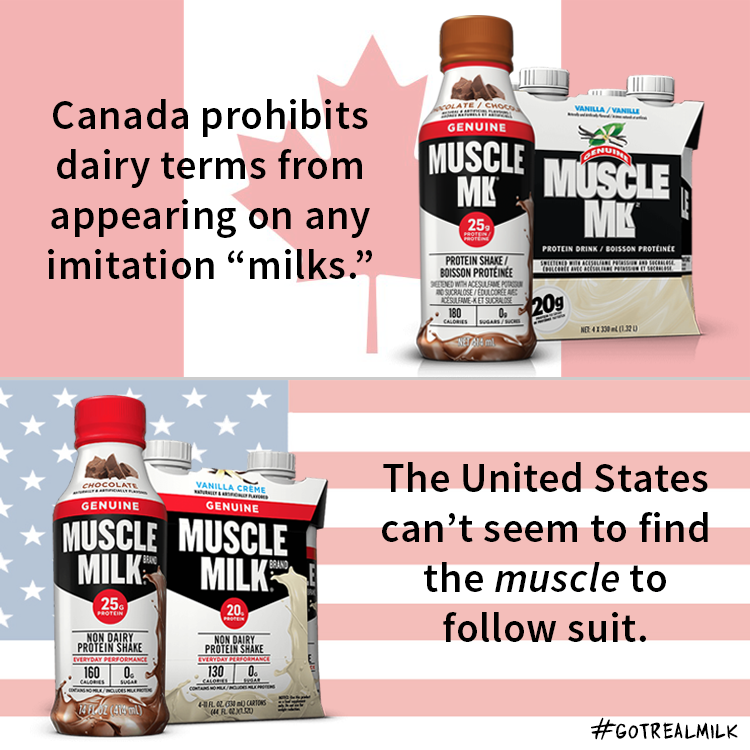 The U.S. Food and Drug Administration’s (FDA) long lack of enforcement of its own food labeling standards has led to a bewildering assortment of nutritionally inferior dairy imitators – a situation that requires immediate action by the federal government, NMPF told the agency at a high-level meeting last month.

On July 25, President and CEO Jim Mulhern led a team of NMPF food policy staff to FDA headquarters in College Park, Md., to discuss National Milk’s concern over the agency’s persistent inaction toward the misleading labeling practices of plant-based dairy imitators. FDA standards of identity stipulate that products labeled as “milk” must come from a lactating animal, yet regulators have consistently turned a blind eye to violations of these standards, thereby encouraging imitation dairy manufacturers to inappropriately use that and other dairy terms on their packaging when their products are nutritionally inferior.

“The meeting with FDA allowed us to convey our concern that in the absence of enforcement of existing clear and consistent regulations, well-defined product labels lose their meaning,” said Mulhern. “Cow’s milk has nourished generations, and built a reputation as a natural food with a consistent package of nine essential nutrients. It is misleading and deceptive to allow these nutritionally inferior imitators to use our hard-won reputation to their advantage.”

NMPF executives pointed out that the current federal Dietary Guidelines for Americans admonish consumers that “other products sold as ‘milks’ but made from plants are not included as part of the dairy group [of recommended foods] because their overall nutritional content is not similar to dairy milk.”

“This discrepancy is about more than words,” said Beth Briczinski, NMPF’s vice president for dairy foods and nutrition. “It’s a matter of the public being served nutritionally inconsistent, inferior products that desperately want to ride the coattails of and associate themselves with a superior food.”

NMPF also highlighted how U.S. enforcement of food labeling standards has failed to equal that of countries like Canada and the United Kingdom, where regulators actively police the improper labeling of imitation dairy products. These countries are proof that real milk and milk alternatives can exist without conflict, said Mulhern. “We will continue to press this issue until our government enforces its own dairy standards of identity.”