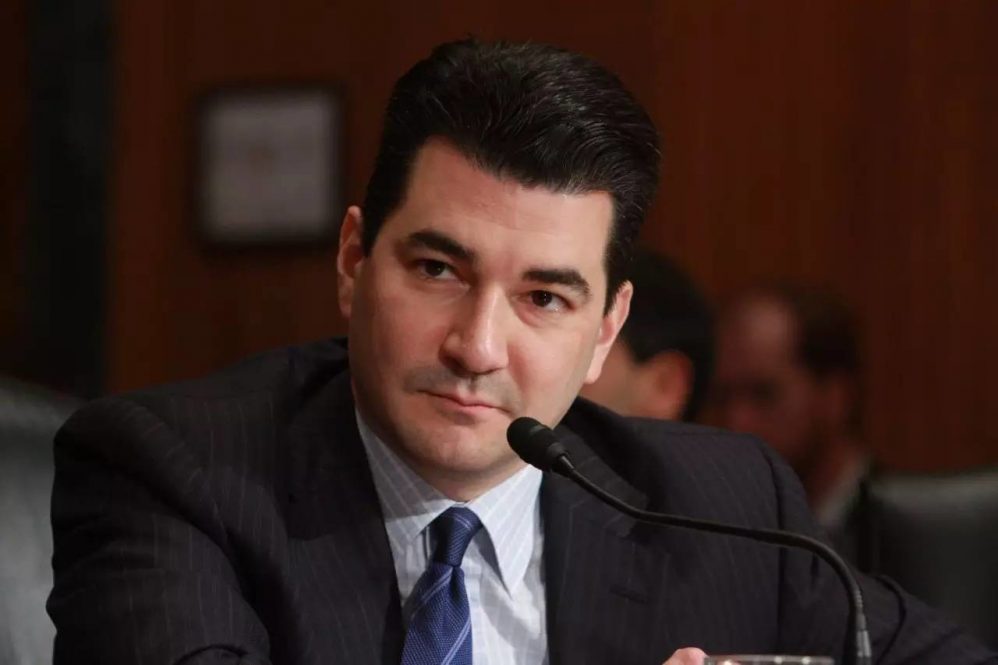 On Oct. 26, NMPF asked FDA Commissioner Scott Gottlieb (pictured right) to prioritize the regulation of accurate food labeling after he made several comments to the media about the need for strong federal oversight of food labels. In its letter, NMPF implored Gottlieb and the agency to devote resources to prevent nutritionally inferior products from using the names of real, standardized dairy foods.

The letter reiterated NMPF’s concern that the use of dairy terms on non-dairy foods misleads consumers because none of the imitations contains the same consistent amounts of protein, vitamins and minerals. NMPF cited a 2015 Mintel survey that found that 49 percent of the responses identified nutrition as the No. 1 reason for consuming non-dairy beverages labeled as “milk.” However, an NMPF survey of 244 plant-based beverages in the Washington, D.C., area in 2017 found that none of them is nutritionally equivalent to real milk.

At NMPF’s annual meeting last month, President and CEO Jim Mulhern told attendees that the U.S. regulatory system for food labeling is failing consumers, as it fails to adjust to the proliferation of foods mimicking real dairy products. In the absence of a strong federal role in food labeling, he said, nutritionally inferior imitators will continue to pass themselves off as suitable substitutes for real milk. National Milk will continue to seek opportunities to pass the DAIRY PRIDE Act, Mulhern said, in order to force action by FDA.

Vegan organizations have organized to oppose the DPA “because they recognize that the attention we’ve brought to this issue through the introduction of the DAIRY PRIDE Act shines a spotlight on the nutritional inferiority of fake dairy products, in comparison to real milk and dairy products,” he said. “Once Congress enacts this legislation, FDA will no longer be able ignore their own existing regulations.”

In early November, NMPF sent a letter to FDA and state regulators, this time calling out the plant-based food company Kite Hill for ignoring federal labeling regulations on its products. Regulators should take enforcement action against the company’s vanilla “almond milk yogurt,” the letter said, for continuing to use dairy terminology when FDA instructs against it and when it fails to offer the same levels of nutrition as real vanilla yogurt.