NMPF Chairman Touts Benefits of Trade at Congressional Hearing, But Calls for Strict Enforcement of Agreements 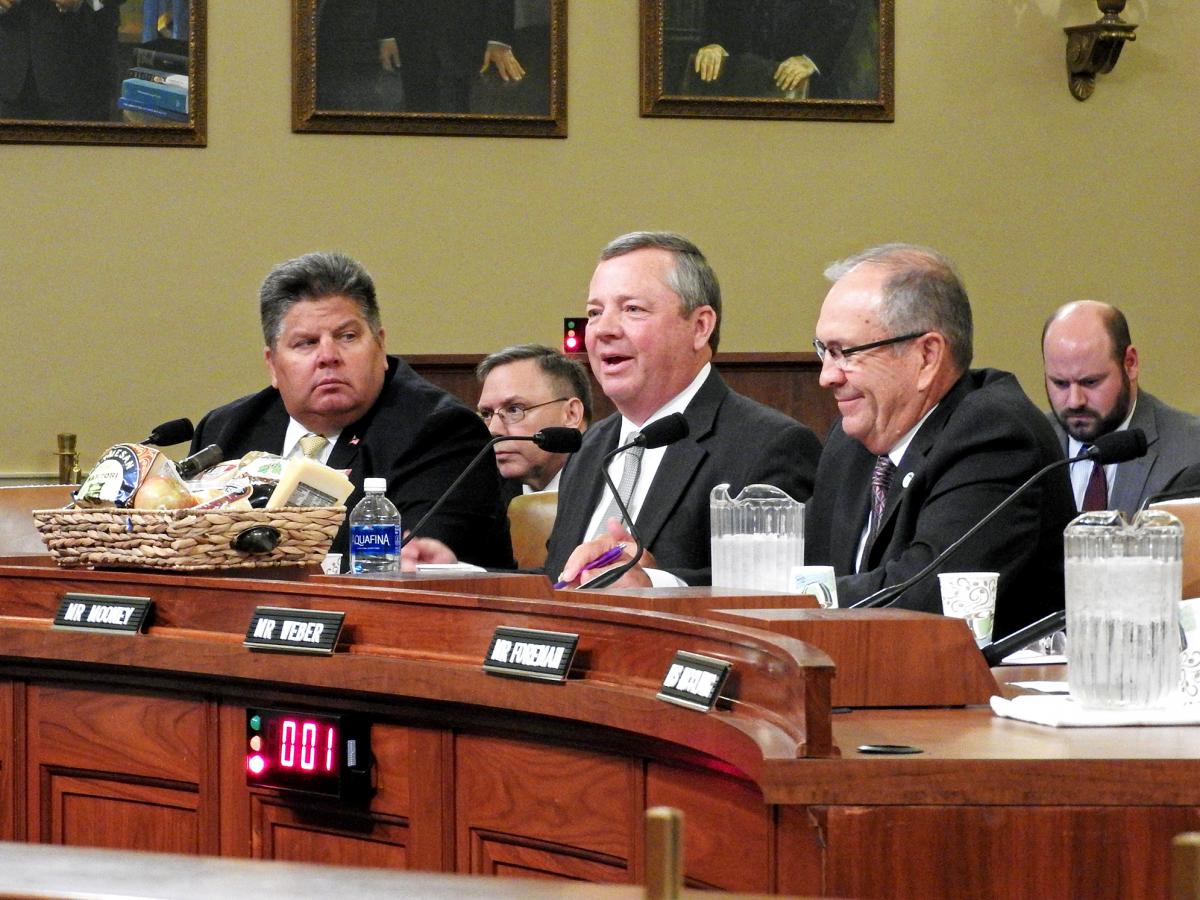 Mooney told the House Ways and Means Trade Subcommittee on June 14 that U.S. dairy sales in foreign markets have risen dramatically in the 21st century, increasing 435% since 2000.  He said well-negotiated agreements have paved the way for this increase, citing the World Trade Organization’s GATT agreement, NAFTA, CAFTA, and the agreement with South Korea as examples of trade deals that have benefited America’s dairy farmers.  [Mooney’s full testimony can be found here].

However, the benefits of trade agreements can erode if they are not carefully structured and then continuously and judiciously enforced, he said.  One recent example of such a situation is in Canada, where efforts to restrict market access for American milk products are growing, in anticipation of the enactment of the Trans-Pacific Partnership agreement.

“NMPF supports TPP. We believe this agreement could deliver important benefits to U.S. dairy farmers provided that it’s properly implemented and enforced.” But if TPP partners are allowed to erode existing access in order to undermine future U.S. export gains, “it is hard to see how this agreement will live up to its potential to move us forward,” Mooney said. This is particularly a concern with Canada, he indicated.

“We are drawing the line here. This recent action by Canada is a clear violation of their prior trade commitments, as well as the spirit of Trans-Pacific Partnership, and it cannot be permitted,” said Mooney, referring to a decision by Ontario’s provincial government to favor domestic milk proteins designed for use in Canadian cheese manufacturing in a way that disadvantages U.S. milk exports.  The regional Ontario milk pricing policy may soon also be implemented across Canada.

Mooney pointed to a basket of U.S.-made farm products to drive home the message that a growing concern in trade policy is the push by European governments to restrict the use of common food names in a way that will hamper exports of certain foods, including many varieties of cheese made in America and sold internationally.

Rather than serving as a means to remove trade barriers and increase free trade of agricultural products, he said that the European Union “not only is maintaining their existing barriers, but also is actively pushing in the Transatlantic Trade and Investment Partnership to impose new barriers through geographical indications provisions. The TTIP cannot be an agreement that expands EU dairy exports while failing to resolve barriers to U.S. dairy exports.”

Given that European food companies already enjoy a major export advantage to the U.S., “America’s dairy farmers will not support a TTIP agreement that incorporates policies aimed at artificially increasing the $1.5 billion transatlantic dairy trade deficit. A solid deal must level the playing field for U.S. dairy exports.”

NMPF also reiterated this point in a letter [LINK] to U.S. Trade Representative Michael Froman and Agriculture Secretary Tom Vilsack, dated June 22. NMPF joined 36 other agriculture groups in calling on Froman and Vilsack to ensure the TTIP agreement is comprehensive and meets the needs of the food and agriculture industries.

“Anything less will fail to gain the necessary support for ratification while making it all the more difficult to achieve the resolution of the various issues plaguing our industries,” the letter said.