A New Year, a New Century for NMPF

The start of a new year is a great opportunity to reflect back on the accomplishments of the past 12 months and focus on important goals to achieve in the coming year.  That effort is as relevant to organizations such as NMPF as it is to individuals.  So, here’s a quick review of 2015’s highlights, and some of the items that National Milk has on its to-do list for 2016.

The reality in Washington is that, given the current partisan divide between the White House and Congress, few new major policy initiatives have any chance of being enacted into law.   That was true last year and, as the presidential campaign season really gets underway next month in Iowa and New Hampshire, it will be even more so in 2016.  Thus, despite NMPF’s determined efforts to advance comprehensive immigration reform, the window of opportunity to make it happen didn’t open in 2015, and is not expected to this year.  Ensuring farmers have an adequate labor supply is a critically important goal for NMPF, but political gridlock in Washington continues to block any significant reform of immigration law.

While major tax reform also wasn’t on the table last year, we were ultimately able to persuade Congress to pass important tax relief for farmers and other small businesses last month. The tax extenders package approved at the end of the session included key NMPF priorities, such as a permanent extension of the Section 179 credit, and a five-year extension of the bonus depreciation tax measure. NMPF and its member co-ops fought hard for these important provisions and were ultimately successful in including them in the tax package. We also worked hard to get Congress to include a tax credit in the package for investments in manure separation technologies, but came up short.  That effort will continue in 2016.

We were also successful in convincing Congress to fix the Country of Origin Labeling program for meat, which headed off efforts by Canada and Mexico to impose new tariffs on our dairy exports. NMPF, the U.S. Dairy Export Council and the International Dairy Foods Association led the dairy industry effort to resolve the COOL conflict, repeatedly urging Congress to head off retaliatory tariffs and working with Senate Agriculture Committee leaders on the repeal effort.

Meanwhile, there are a number of things that didn’t get done on Capitol Hill in 2015 that we will continue to push this year. Here are some of the big-ticket items:

First, Congress needs to pass a law establishing a voluntary, national standard for the labeling of foods with GMO ingredients.  Vermont’s mandatory GMO labeling law will go into effect this summer if the federal government doesn’t preempt such laws – or if courts don’t enjoin it, which the legal system has so far not done.  The food industry is already dealing with a plethora of confusing marketing claims regarding purported health benefits.  We don’t need states adding to the confusion with a hodge-podge of their own mandated GMO ingredient labels.

Second, we will continue to push Congress to intervene in the Waters of the U.S. regulation to avoid the uncertainty of the murky status quo.  The new law, which went into effect last year, is still too confusing to farmers about which of their waterways are regulated under the Clean Water Act.  A court injunction suspended implementation of the regulation for now, but court roadblocks are a less desirable defensive approach than a strong action from the House and Senate to halt the EPA from moving forward with WOTUS.

One of the biggest achievements for the dairy sector we were able to achieve last year was the goal-line stand to prevent an unbalanced Trans-Pacific Partnership agreement.  America’s dairy farmers had a great deal riding on whether any new access to our market granted to New Zealand would be balanced by new export opportunities in Japan and Canada.  While a detailed assessment of the final, negotiated package is still in the works, we were able to prevent the worst-case scenario of a wildly-imbalanced outcome, which is a big relief for the U.S. dairy sector.

Now the question is whether Congress will tackle the TPP deal in 2016.  The signs from Capitol Hill are still unclear as to whether the House and Senate will vote on the TPP prior to November’s elections.  This is yet another indication that the agenda in Washington this year will be driven by political forces outside the Beltway.

In the nutrition arena in 2016, we’re expecting the federal Dietary Guidelines to be released any day now.  The hope and expectation is that the guidelines will maintain – and perhaps even upgrade – the current recommendation to consume 2-3 servings of dairy foods per day.  And at some point, the ongoing revelations we’ve seen in the past few years about saturated fat not being the bogeyman in our diets will be reflected in federal food advice, even if not in the 2016 Dietary Guidelines.

NMPF also will continue working with Congress this year to update the Child Nutrition Act, which authorizes the school lunch and other federal feeding programs.  We want to use this legislation to increase the availability of flavored milk in schools.  That’s an important objective we hope to achieve in 2016, and it will have a positive effect on milk consumption.

Our export-focused Cooperatives Working Together program had a busy and productive year in 2015, exporting the equivalent of nearly 1.5 billion pounds of U.S. milk into world markets.  In a year of depressed world dairy market prices, CWT helped keep America’s dairy industry in the game – tightening the supply-demand balance in the domestic market and improving farm milk prices beyond what they would have been if that milk had been sold domestically.  Let’s hope that world dairy prices improve this year; whatever happens, because of the foresight and commitment of CWT member co-ops and many individual farmer contributors, CWT will be there to help.

Lastly, 2016 will be a watershed year for NMPF because this is the centennial of the organization’s founding.  It was a century ago that dairy farmer leaders gathered in Chicago to forge a new means of cooperating to tackle the policy challenges they faced.  While the specific issues have changed, the nation’s dairy farmers still face challenges. National Milk has fought hard for the dairy producer community on issue after issue during the last 100 years, and we will continue to lead our industry forward throughout the 21st century.

We will be commemorating our centennial this year in a variety of ways.  In fact, we’ve already produced a booklet that offers highlights of the past 100 years.  Two-thousand-sixteen represents not just a new year, but a new century for NMPF.  And by working together, farmers and their cooperatives involved in NMPF have the ability to achieve much more in the coming days and years. 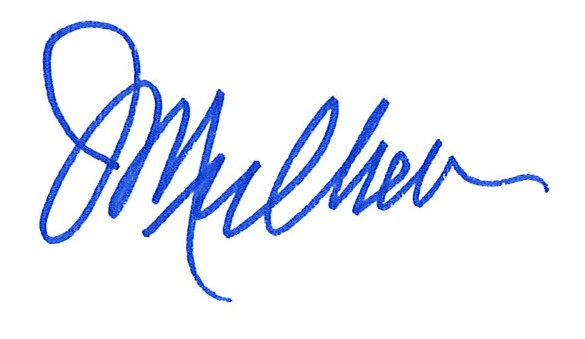