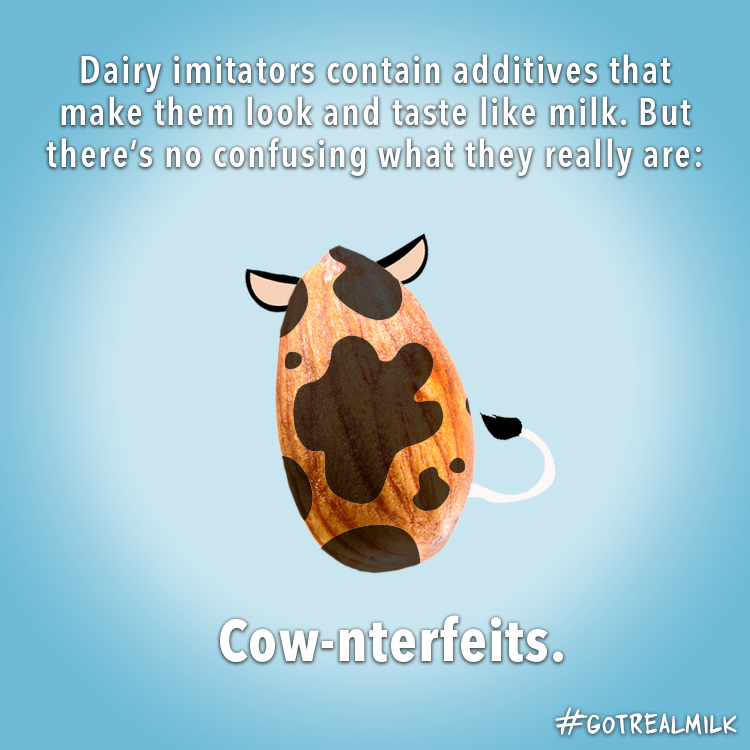 NMPF is continuing to build grassroots support for legislation that would finally rectify the long-standing misuse of dairy-specific terms on plant-based alternatives that are hijacking the term “milk,” despite their inferior nutritional offerings. To rally support from dairy farmers, NMPF is providing its members with legislative action alerts, news articles, infographics and other materials to garner additional support for two bills that would remedy this problem.

In the last three months, dairy standards of identity have been thrust into the national spotlight, starting with a letter sent in December 2016 by a bipartisan coalition of Congress members asking FDA to enforce the long-standing standard of identity for milk and other dairy products. Both the Senate and House bills followed the next month.

To help spur support from farmers, NMPF created a user-friendly letter on the Legislative Action Center page of its website that allows individuals to send a note of support for the DPA to their House and Senate members. NMPF President and CEO Jim Mulhern has advocated the cause in interviews with the Wall Street Journal, Associated Press and New York Times. In late February, he submitted an op-ed to The Hill, in which he argued for why the DPA is important to consumers and farmers alike.

“From a nutritional standpoint, the stakes for consumers are high,” he said. “It is misleading for these highly processed products to be marketed as something they are not: a consistent package of nine essential nutrients like the one found in milk. FDA needs to step up and do its job. These bills will force the agency to finally take action.”

NMPF has also created a series of colorful graphics on Facebook and Twitter that promote the DPA.