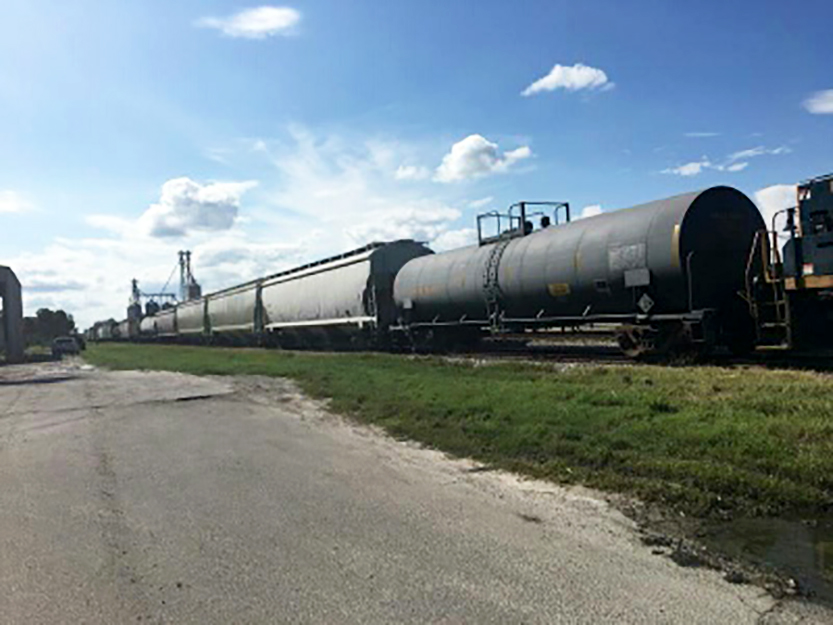 Following the devastating arrival in the southeastern U.S. of Hurricane Irma last month, National Milk helped coordinate the delivery of 17 rail cars of grain, protein and commodity feed to dairy producers in Florida just a few days before farmers would have run out of feedstuffs for their herds.

Before Hurricane Irma had passed through Florida, NMPF staff were alerted by the Florida Department of Agriculture and Consumer Services (DACS) about the feed supply situation. Animal feed shipments had been curtailed before the hurricane’s arrival, which meant prior to the storm, animal feed stocks were already running low.

On Sept. 10, NMPF contacted the chair of the federal government’s Critical Infrastructure Cross Sector Council to request assistance with grain shipments to Florida once conditions improved. This council was established by the Department of Homeland Security to facilitate interaction between governmental entities and representatives from critical infrastructure owners and operators. NMPF has been a member of that council since its inception over a decade ago.

The following day, NMPF was notified by the Florida DACS that in addition to animal feed, fuel for generators was also running low. NMPF, in coordination with the department, asked FEMA officials and the National Business Emergency Operations Center to prioritize the distribution of animal feed and generator fuel. NMPF continued to participate in the daily, private-sector FEMA information-sharing calls, and remained vigilant in securing resources for the Florida dairy community.

These efforts paid off when FEMA announced a “grain train” would depart from Georgia at midnight on Sept. 14, and arrive in Okeechobee the next day. Numerous entities, including the Florida DACS, the U.S. Department of Agriculture, the National Grain and Feed Association, the Florida Farm Bureau and FEMA were involved in this endeavor.