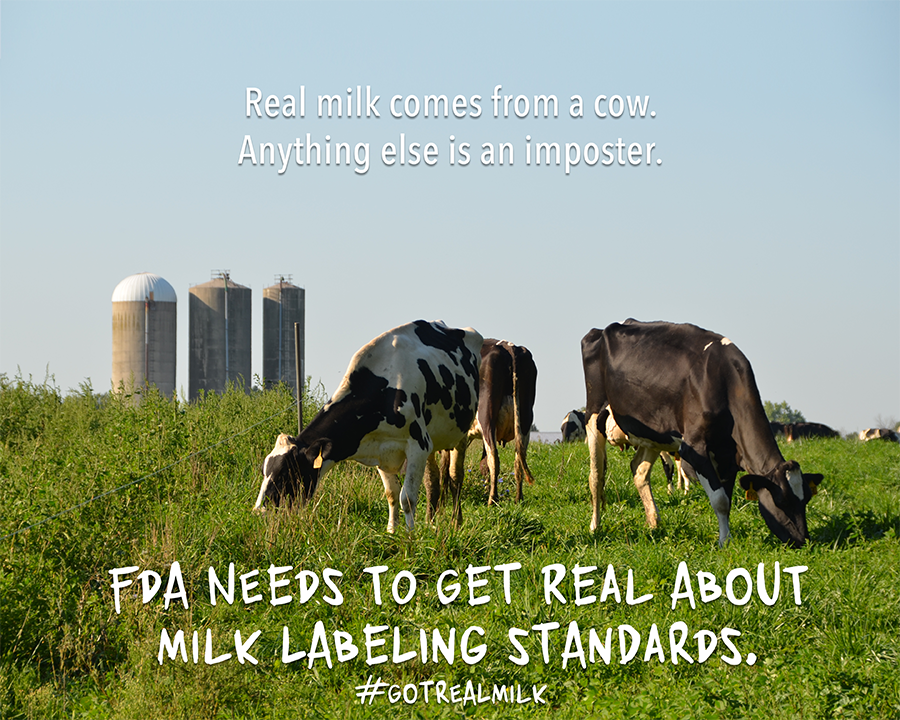 Key leaders in both the House and Senate have chastised the Food and Drug Administration in the past month for failing to enforce existing food standards that specify products labeled as “milk” have to come from a dairy animal – adding new momentum to NMPF’s longstanding campaign to encourage the FDA to enforce its own regulations.

On Jan. 12, Sen. Tammy Baldwin (D-WI) introduced her DAIRY PRIDE Act, which would protect the integrity of food standards by prompting FDA to enforce labeling requirements for dairy. The measure would require FDA to issue a guidance for nationwide enforcement of such requirements within 90 days, and mandate that FDA report to Congress two years after the bill’s enactment to hold the agency accountable.

NMPF President and CEO Jim Mulhern welcomed Baldwin’s legislative approach, adding that “For too long, the FDA has turned a blind eye to the misbranding of imitation dairy products, despite the decades-old federal law that milk comes from animals, not vegetables or nuts.”

Baldwin’s bill comes roughly a month after House leaders Reps. Mike Simpson (R-ID) and Peter Welch (D-VT), and a bipartisan coalition of 30 other cosigners, sent a letter to FDA asking the agency to more aggressively police the improper use of dairy terms for alternative products. Plant-based foods and beverages “are misleading to consumers, harmful to the dairy industry, and a violation of milk’s standard of identity,” the congressional letter said.

Both NMPF and the International Dairy Foods Association (IDFA) said the letter will help raise the profile of the issue, as it also mentioned other violations of standards of identity for products such as yogurt, cheese and ice cream that are copied by plant-based sources.

NMPF believes action is needed to defend the integrity of federal food labeling standards and prevent the misbranding of dairy imitators. FDA regulations define milk as a product of a cow, with a similar stipulation for yogurt and cheese.

“Milk should be milk,” said Mulhern, “rather than an industrial-produced, artificially whitened, watery beverage formed with nut or grain pastes and some flavoring and emulsifiers.” He said many popular vegetable imitators such as rice and almond beverages have little protein and widely-varying amounts of vitamins and minerals.

That lack of enforcement in the U.S. market stands in sharp contrast to how the matter is handled in similar nations. While the term “almondmilk” is seen on products sold in the U.S., it is prohibited on the same brand of almond beverage sold in Canada and the United Kingdom.