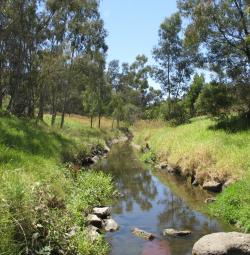 On the last day of August, NMPF urged the Obama Administration to hold off on the national enforcement of the new Waters of the U.S. (WOTUS) regulation. This comes in response to a court decision suspending the regulation in some states, but not others.

On August 27th, the U.S. District Court for the District of North Dakota halted implementation of the water regulation, granting a temporary injunction in favor of 13 states that brought suit in North Dakota against the Environmental Protection Agency and the Army Corps of Engineers. The EPA said after the court ruling that it would not implement the rule in the 13 states involved: Alaska, Arizona, Arkansas, Colorado, Idaho, Missouri, Montana, Nebraska, Nevada, New Mexico, North Dakota, South Dakota and Wyoming.

Concerned about the potential for confusion and inconsistent application of the regulation following the court’s ruling, NMPF sent a letter to the EPA and Army Corps asking the government to suspend enforcement of the WOTUS nationwide.

“We ask that EPA and the Corp of Engineers use their enforcement discretion and cease application of the recent WOTUS rule in all 50 states, until such time as it can be evenly applied in every state,” said NMPF President and CEO Jim Mulhern.

NMPF’s letter continues: “Clean water is central to healthy ecosystems, secure water supplies for human and animal consumption, and to the production of milk and other dairy products. We are committed to working with the EPA and COE to find effective ways to achieve these important goals.”