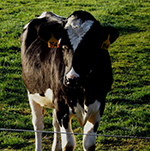 After two extensions allowed dairy farmers an additional three weeks to consider their participation, the sign-up period for the new Margin Protection Program closed on December 19th, even while those electing coverage for calendar year 2015 are now insured against tighter margins as the New Year begins.

The U.S. Department of Agriculture announced this morning that more than 23,000 dairy operations – about half of the total number of licensed dairy operations in the U.S. – chose to enroll in the program. Local and state U.S. Department of Agriculture offices are still tabulating the volumes insured under the program, with official results expected in the coming weeks. Anecdotal reports indicated that the extensions granted after Thanksgiving, coupled with a sharp downturn in milk price forecasts, encouraged additional participation prior to the December 19th cutoff.

NMPF expressed appreciation to the Agriculture Department for allowing additional opportunities for dairy farmers to insure themselves through the MPP.

“This an encouraging start to this crucial new safety net program for our industry,” said Jim Mulhern, President and CEO of the National Milk Producers Federation. “The MPP is now the only widely-available tool to help farmers protect against both lower milk prices and higher feed costs. It represents a new paradigm in shared responsibility between farmers and the government to cover the cost of that insurance.”

The next sign-up period will begin in six months, during an open season enrollment window for MPP coverage in calendar year 2016. That enrollment period will run from July 1st until September 30th.