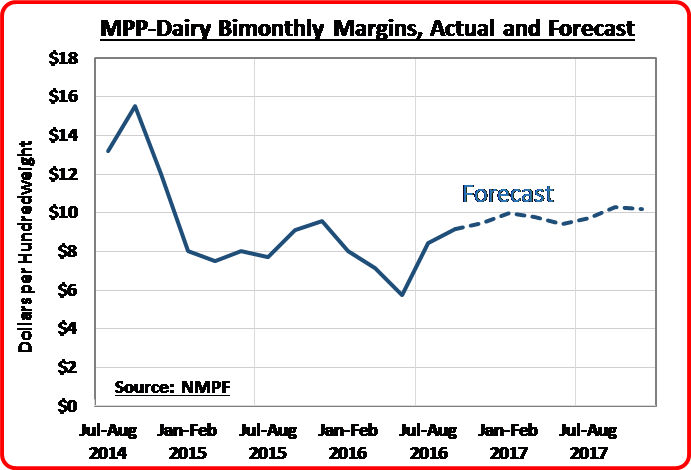 USDA-NASS last week also reported feed prices for October. The NASS price announcements will result in a September-October MPP margin of $9.165 per hundredweight. USDA’s current forecast (at right), based on the December 1 CME futures settlements, projects that the MPP margin will remain above $10.00 per hundredweight through 2017. USDA’s MPP margin forecasts are updated daily online.

Dairy farmers have from now until Dec. 16 to enroll in the Margin Protection Program for coverage in 2017, or to change their coverage level if they are already participating in MPP. NMPF’s Future for Dairy website offers a variety of educational resources to help farmers select the desired coverage level.