Dairy Defined: With Demand at 56-Year High, “Death of Dairy” is a Myth

ARLINGTON, Va. – Dairy is facing challenges. In a crowded beverage marketplace, per-capita fluid milk consumption in the U.S. is down by a quarter in the past 20 years, and the number of U.S. dairy farms dropped 6.8 percent in 2018.

That’s one part of the story. But a more accurate picture of the health of the dairy industry is much brighter than the doom and gloom conjured from selective use of data. No matter what critics may say, attempts to craft a “death of dairy” narrative are mistaken.

Looking more broadly than milk in a glass, per-capita dairy consumption has been on the rise since the 1970s, according to USDA data. Last year’s level – 646 pounds per person – was the most popular year for dairy in the U.S. since 1962. 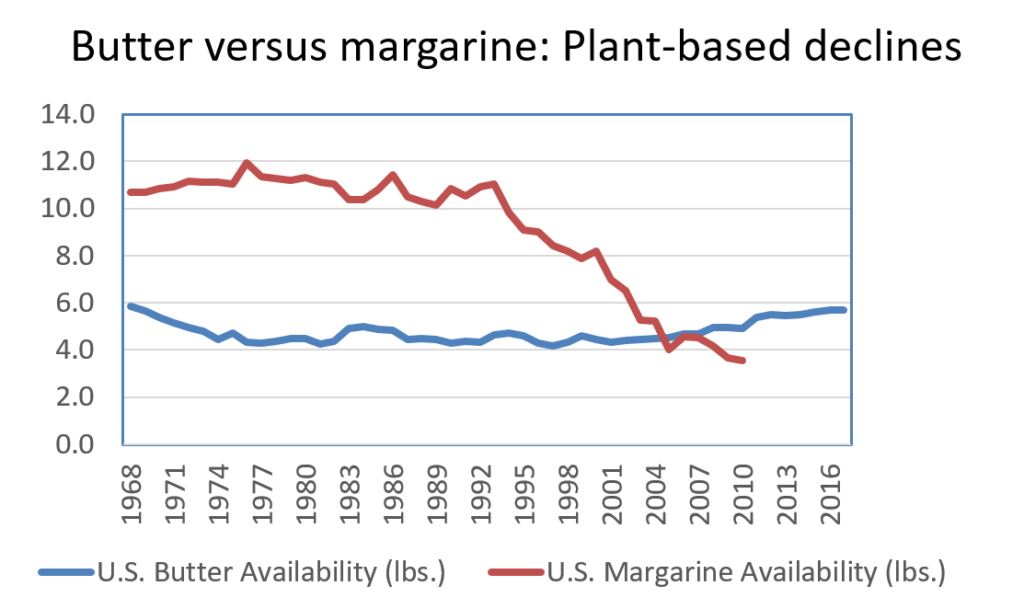 Milk, like every other beverage, exists in a competitive marketplace. Bottled water, orange juice, energy drinks, and yes, plant-based dairy imposters, all compete for shelf space. But spinning a segmenting beverage market into a “declining dairy” narrative is disingenuous at best, dishonest at worst. Just like Mark Twain when he said of an erroneous news story, “The report of my death was an exaggeration,” dairy is very much alive — and on the rise. ­­­

The deadline to sign up for @USDA’s Dairy Margin Coverage program has been extended to Jan 31! We thank @SecVilsack and @usdafsa for giving farmers extra time to consider their coverage needs and make choices that best fit their risk-management plans. nmpf.org/nmpf-statement… 13 hours ago